Toxic Persuasion – The Worst a Buyer Can Get 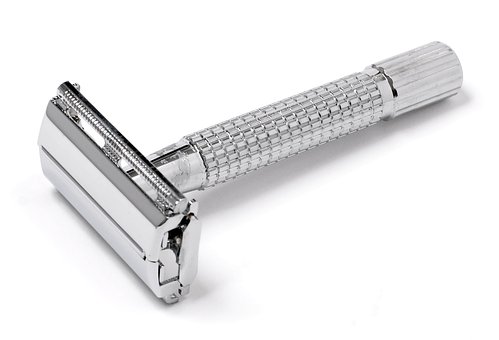 Toxic Persuasion – The Worst a Buyer Can Get

For those involved in the influence business, think twice about shaming or villainizing your target audience.

Gillette hectored men for objectifying women. Did it work?

By now, many have seen or heard of Gillette’s pre-Super Bowl commercial to encourage better behavior from men. The commercial aimed at encouraging fathers and friends to not accept the “boys will be boys” mantra as an excuse to bully and fight or sexually harass and condescend women. Encouraging accountability amongst men and asking fathers to be role models and teach their sons well are good things. For the sake of argument, let’s accept that Gillette had the best intentions. Furthermore, let’s set aside, as much as possible, the socio-political implications and messaging to understand the virulent response.

Marketing and influence revolve around two important factors: the target audience and the line of persuasion. Viewing the commercial, it appears the ad targets a wide group of men but mostly 25-40-year-old men. Men outside that age range who shave would be the secondary audience and women who buy razors for men or even themselves would be the tertiary audience. A line of persuasion is an argument used to obtain a desired behavior or attitude from the target audience. For instance, men who buy and use Axe body wash and deodorant will have gorgeous women mauling them, or cell phone users who switch to AT&T will receive better-than-okay coverage.

Dissecting the commercial, one can understand where the disconnects occurred. After Gillette’s opening tag line, the narrator mentions socio-political topics starting with the Me Too movement, the women’s movement responding to improper sexual attitudes and behavior by men in the work place.  None of the big-name alleged perpetrators, though, are in the primary target audience. Harvey Weinstein, the Hollywood producer, is 66. Television host Matt Lauer is 61, and former CBS Chairman Les Moonves is 69. The list continues.

The viewer may question the meaning of toxic masculinity examples. The bullies chasing the other boy and calling him names are malicious. Similarly, school-age girls can be absolutely psychologically vicious in bullying. Is this toxic masculinity or bullying?  Then, there are the two boys fighting in the yard to the adage “boys will be boys.” The viewer does not know what caused the fight. Although violence is not the preferred way to resolve differences, perhaps the boy losing the fight was the bully receiving his comeuppance. This might alter the perceived justice of the brawl.

More target audience behavioral mismatches ensue with the man in the show smacking the woman’s buttocks while the all-male audience roars with laughter. This viewer has seen that kind of blatant sexist comedy in the 1940s & 50s black-and-white movies and TV. More recent media like MTV 80s rock videos and movies also have sexist behavior but not sold as comedy. Then again, the author doesn’t watch much TV anymore and isn’t in the primary target audience.

Of course, 25-40 year old men didn’t grow up on such movies, whereas the author, 53, experienced a steady consumption of teenage movies like Fast Time at Ridgemont High (1982), Spring Break (1983), Revenge of the Nerds (1984), and Vision Quest (1985) in which a sub-plot or the entire plot was about a teenage boy trying oh-so-desperately to lose his virginity. A boy wasn’t a man until he had achieved this goal. Looking back, it was, in the words of Ridgemont High’s Jeff Spicoli, a “totally bogus” narrative, but the author digresses.

Next, we find the condescending corporate executive, obviously older than the target audience, who pats the woman on the shoulder and explains what she was trying to say. Is this toxic masculinity or somebody just being a condescending jerk?  The author must admit to his transgressions. When he was 22 years old, he did the same to a female student, also 22, when he tried to explain further what she said. Nonetheless, the female student still married the author and was there to rib him while they viewed the commercial together. She also commented afterwards that the term toxic masculinity is just another example of the tail wagging the dog.

Marketer Peter Horst explained this clearly in a Forbes magazine article. Gillette should have sought to exemplify its position without villainizing the target audience. For example, contrast Gillette’s commercial to the response ad from Egard Watch which paints a very different picture of the societal challenges men face in suicide, homelessness, and other issues.

In response to Gillette, Egard Watch asked, “What is a Man?”

Pitting your product against people also has its risks. Just ask the National Football League. For the past decade and longer, the NFL saluted the troops.  Honoring the military is a national post-Vietnam reaction to support the service members without supporting the policy that put them in harm’s way. Likewise, honoring first responders, which includes the police, is a post-911 thank you for assisting others without regard to one’s own safety. This isn’t an anti-criminal or anti-arsonist celebration. The breast cancer awareness practice of wearing pink may be anti-cancer, but cancer isn’t a person.

When the player took a knee in protest to police brutality, nobody said that there aren’t abusive police. Even without the national anthem protest, many fans questioned singling out the police for brutality. What about protesting corrupt politicians, abusive physicians or military war criminals?  Considering Gillette sponsors the name of an NFL stadium, it should have known better about the risks.

Public shaming has its risks. Shame is not an inspiration to buy a product although it can be effective in changing behavior. For instance, the U.S. military dumped leaflets portraying an Iraqi militia leader’s bad behavior into his mother’s yard. Mama’s displeasure over her son’s unseemly actions, possible deception, and excess trash in her yard might have caused the militia leader to relocate for a while. Also, the U.S. government named and shamed People’s Liberation Army members over cyber breaches. They will have a tough time traveling outside their country. In either situation, the ashamed are not buying a product.

Gillette hit part of its target audience but caused a vitriolic response from the rest of the audience with a poor line of persuasion and sample behavior. Then, consumers quickly exposed Gillette’s hypocrisy with the photo of shapely women wearing skin-tight body suits with Gillette emblazoned across their buttocks. The counter-narrative became Gillette has a problem objectifying women and is not qualified to call out men for bad behavior.

In the end, one might think twice about naming and shaming if one wants someone else to buy one’s product. Doesn’t hurt to ensure you’re not being hypocritical.