Help! I’ve lost my Cognitive Security, and I can’t get up! Part 4: The Rub 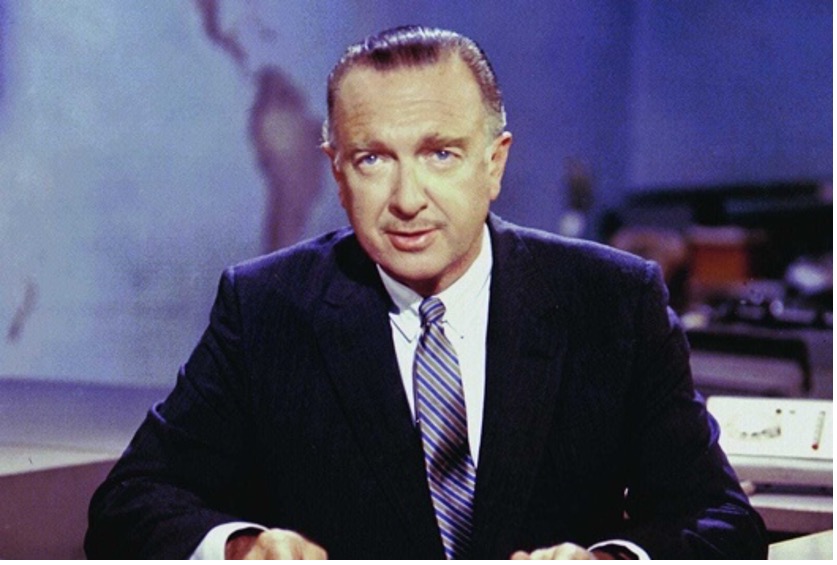 Help! I’ve lost my Cognitive Security, and I can’t get up! Part 4: The Rub

“Tonight, back in more familiar surroundings in New York, we’d like to sum up our findings in Vietnam, an analysis that must be speculative, personal, subjective. Who won and who lost in the great Tet Offensive against the cities? I’m not sure. The Vietcong did not win by a knockout but neither did we.

Then, with as much restraint as I could, I turned to our own leaders whose idea of negotiation seemed frozen in memories of General McArthur’s encounter with the Japanese aboard the Battleship Missouri.

We’ve been too often disappointed by the optimism of the American leaders both in Vietnam and Washington to have faith any longer in the silver linings they find in the darkest clouds. For it seems now more certain than ever, that the bloody experience of Vietnam is to end in a stalemate. To say that we are closer to victory today is to believe in the face of the evidence, the optimists who have been wrong in the past.

To say that we are mired in stalemate seems the only realistic, if unsatisfactory conclusion. On the off chance that military and political analysts are right, in the next few months we must test the enemy’s intentions, in case this is indeed his last big gasp before negotiations.

But it is increasingly clear to this reporter that the only rational way out then will be to negotiate, not as victors, but as an honorable people who lived up to their pledge to defend democracy, and did the best they could.”[i]

Ah, hard to believe a news anchor once had such clout. Journalists Bob Woodward and Carl Bernstein made a name for themselves over Watergate that Mr. Woodward would leverage for access to cover every presidential administration. Still, neither carried a reputation for representing a large swath of American attitudes. After the Gulf War, media analysts referred to “the CNN effect”[iv] as TVs popped up across Department of Defense offices. As I noted in a previous segment, many of the DoD TVs monitored several other news channels by 2015.

More recently, because creating one’s own annal of history is the thing to do, commentators have noted that Walter Cronkite was “a warhawk”[v] before he visited Vietnam while others have asserted he “symbolized liberal media bias”[vi]. Yes, even the once most trusted voice in American journalism is undergoing revisions to his legacy. Gives a new meaning to the quip of being on the wrong side of history.[vii] Doesn’t really matter now as one can rewrite history the way one wants.

I digress a bit.

During Mr. Cronkite’s heyday as a TV news anchor, nobody really labeled him politically because, frankly, the viewers didn’t know his politics. He and most of his peers abided by the professional standard to report the truth or at least to try.

Let’s face it, though: America has changed. In 1968, Americans tuned into one of three TV stations for the evening news. The Internet was still a year or so from its birth and another thirty from mass access. TV was the media king. The horror of World War II was still fresh in the American psyche, and one might argue it bound Americans and their media to a sense of common good and civility.

Today, the Internet allows easy access to spin-off media outlets with a variety of opinions and perspectives that have no bonds to any journalistic standard. For instance, how many times can one be accused of high treason?[viii]  Who uses the term “high treason” in daily use anymore? Does such a thing as low treason exist?

TV is no longer king, but video in any form is still quite significant as the original Big 3 of CBS, ABC, and NBC battle CNN, Fox News, and MSNBC for ratings with around the clock breaking news. A 2020 online battle between Fox and CNN consisted of these competing brilliant headlines:

Who can say no to such prose?[ix]

This battle is indicative of the media’s serving political ideologies. No wonder considering one of my daughter’s collegiate communications courses taught that journalists should interpret events for consumers. Such journalistic activism underscores former Newsweek editor Edward Kosner’s observation that television news has become “partisan gasbaggery.”[x]

Too many media outlets of all forms have become partisan outlets chasing niche target audiences while anyone inclined to hear the middle or more than one side exhausts time seeking and developing an acceptable version of the amalgamated truth. So, the rub isn’t that the media should be one hundred percent objective.

It can’t be. All people, both journalists and consumers, have biases, and the media must build a consumer base to be viable. After all, “Man Bites Dog” is a compelling headline that sells papers. Nothing wrong with that provided it is accurate. One, however, needs professional discipline not to place oneself in the story.

Take the esteemed NBC journalist who made a point to critique the Texas senator for citing Shakespeare in a quote when, according to the journalist, Faulkner said it. Ah, but Faulkner quoted Shakespeare, so the senator was correct in citing the Bard. Afterward, the journalist attempted to apologize, “I clearly studied too much American literature and not enough Macbeth.”[xi]

Whatever will be the headline when Birnam Wood doth come to Dunsinane? (Sorry, I couldn’t resist).

The rub is that the existence of a journalistic professional standard has diminished. A journalist cannot report the whole truth if said journalist’s purpose is to interpret events, give voice to a group, insert himself into a story or advance a political party. When journalists ignore reporting the truth so that they can advance a position, they are no different than run-of-the-mill propagandists. If the media wants to earn back America’s trust, it needs to reestablish a professional standard with editors to enforce it.

It is that simple.

[ii] For the record, I’m old enough to remember the Vietnam War and Walter Cronkite. I did not serve in Vietnam, but I studied it at USMA and later as a soldier. I agree with Mr. Cronkite’s conclusions. The US wasn’t losing the Vietnam war, but it wasn’t winning it because the South Vietnamese people couldn’t coalesce against a determined North Vietnamese opponent. The US didn’t have an opportunity to win until the Nixon Administration took the fight into North Vietnam. Then, Nixon committed a crime, and the rest is history. One can draw a similar parallel to Afghanistan when the Afghan people couldn’t coalesce around a central government because many influential Afghan Pashtu held sanctuary among the Pashtu nation in the Pakistani FATA. Aside from drone strikes targeting Al Qaeda in the FATA, the US never took the fight to where the Taliban were in sanctuary.

[v] “Walter Cronkite: The Most Trusted Man in America,” https://blogs.uoregon.edu/frengsj387/vietnam-war/

[vii] Although it is an oft-used sound bite, it really is shallow. It has become pointless given the recent proclivity to live in one’s own version of the truth and thus history.

[viii] Many of the alt-right media frequently accused Hillary Clinton of high treason in 2016.

[ix] I said, “No,” to such headlines. It was about the time I stopped consuming news from any 24-hour news agent. See Part 2 of this series.