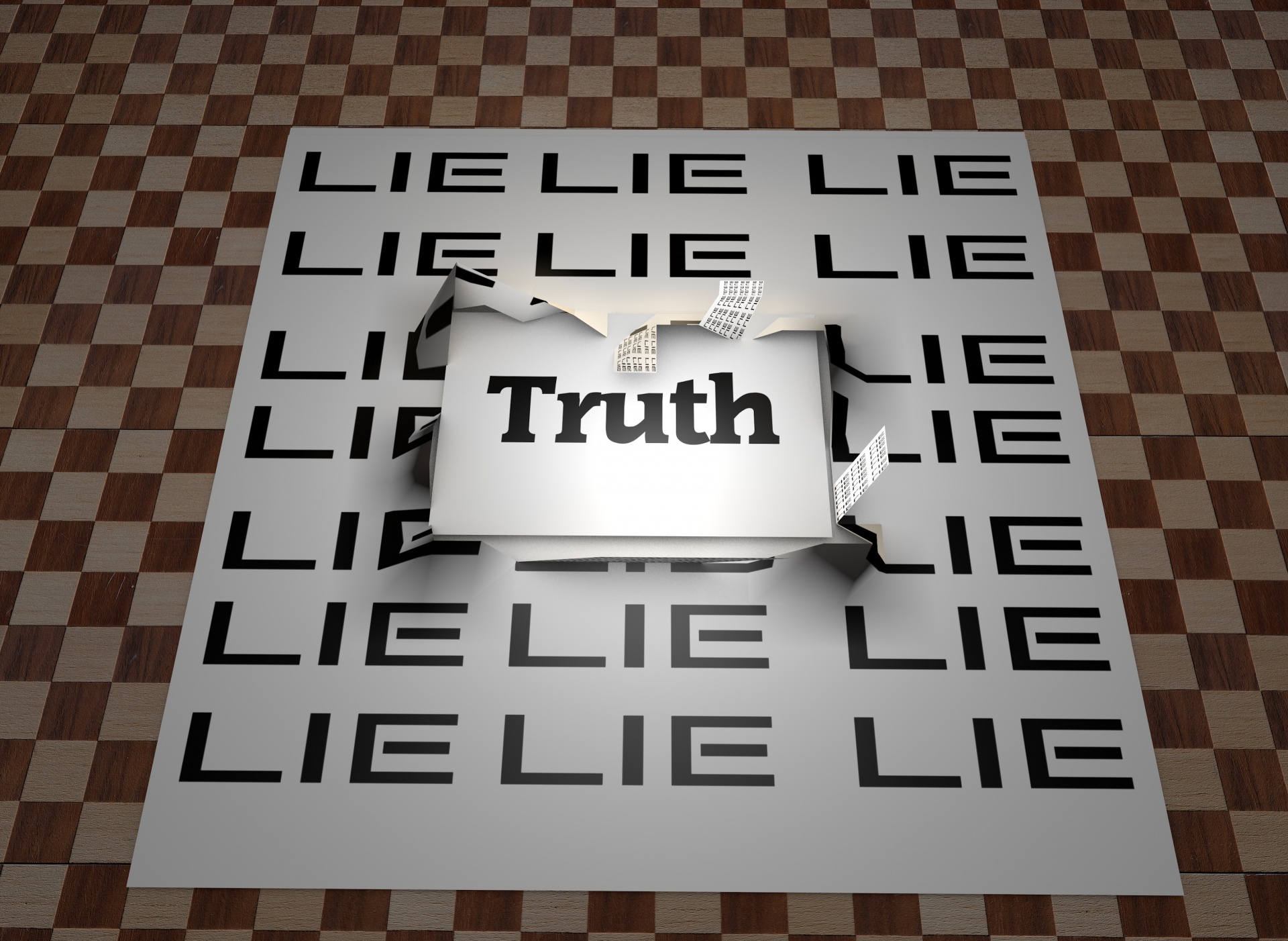 Help! I’ve lost my Cognitive Security, and I can’t get up! Part 2

To rehash what occurred in 2020 pre-election, I realized I had no idea what the truth was nor who was the primary antagonist. I was compelled to take action, so I:

• Made a decision on how to vote.

• Unfollowed or unfriended the political addicts on social media who only interact when they want to share their political opinions.

• Reduced professional subscriptions to those that I actually use.

Now that the election is over, I have the opportunity to consider which model to apply to regain and retain my Cognitive Security.

Step 1. Understand the organization or, in this case, the individual

A business would start with its vision and mission, so I’ll do the same at a personal level. I’m a husband, father, son, practicing Catholic, friend, retired Army officer, and businessman just to cover my most important roles. Let’s take a swag at my personal vision and mission.

Vision: Carm is a well-balanced person of faith, family, integrity, and fitness committed to respecting his neighbor as himself and growing every day.

Mission: Carm’s mission is to provide a loving and secure home for his family; perform competent, ethical professional services for his business clients; and assist the poor and the ill.

For the sake of the process drill, go with these statements for now.

Note that I didn’t include my role as a son or a friend in either statement. Those roles are important, but I don’t fulfill them every day. Nor do I explicitly state being a Catholic or a retired Army officer, but I include faith aspects in both statements and my business of consulting to the Department of Defense is predicated upon my Army experience.

Also, I am not compelled to include a specific comment about citizenry in either the vision or the mission. I believe the vision and mission will support good citizenry. While I may interpret traffic guidelines loosely on occasion, I’m not one to break the law willfully. I won’t go out of my way to harm another person or another’s property.

Indeed, the two most significant factors that contribute to citizenry are my faith and retired officer status. My faith dictates that I love my neighbor, assist the poor and the ill, obey the moral laws of the government and participate in elections. Although federal and local governments may pass laws that are amoral to me, rarely will the government pass a law that forces me to act amorally. That is an important distinction.

My status as a retired Army officer and the Oath of Office that still persists as a retiree often surpasses my personal political preferences and carries a personal burden to refrain from stoking the political fires. Regrettably, I admit I became apoplectic over the events surrounding the possibility of the U.S. government’s invoking the Insurrection Act and allowed my emotions to best my judgment.

On the other hand, a West Point classmate who knows I was involved in cyber and information warfare asked me for my assessment of the claims to election fraud and voting machine manipulation. I was still in unplugged mode and wasn’t following the testimonies. It was as if a spirit reached down into my soul and flipped a switch that reminded me of my obligation to give my classmate an impartial professional assessment. My classmate’s request got me off my fourth point of contact (buttocks), induced me to research the testimony and accusations, and started the gradual process of my recreating my information consumption cycle.

As I travel the road to recovery, though, I realize there is one substantial difference between cyber and cognitive security.  Most of cyber security is predicated upon protecting data and allowing access to those who need said data at the right time. My cognitive security is predicated upon some of the information I am protecting and, often times, more reliant upon information provided to me.

I must choose the best information sources from an information-saturated environment that assist me in making the best decisions.  As the Knight Templar reminds Indiana Jones, choose wisely.

Help! I’ve lost my Cognitive Security, and I can’t get up! Part 1

When I established CYBER CIC in 2017, I was interested in the emerging concept of Cognitive Security, which is the practice of retaining a trusted, verifiable decision-making process, whether the process belongs to an individual, an organization or its shareholders and customers. After three-plus years, I really haven’t done much work in the field although I’ve done some work for the Army on Information Operations and its countless variants. So, I’ve started writing about Cognitive Security. The first installment was a light-hearted discussion about decision-making tools. The next discussed how logic flaws like binary absolutism[i] can challenge one’s decision-making. This is the third installment of Cognitive Security. What happens when you lose it? Is there a model for one to retain or regain Cognitive Security?

“I’m tired of being had,” I thought to myself. It was July 2020, and I had finished reading another confounding yellowed news story. “But I can’t tell if it is one side, the other side, somebody else or all of the above,” the thought continued. I was ruminating upon U.S. domestic politics and trying to figure out what was true and believable. This was the culminating point of nearly a decade of an unraveling trust in my information sources and subjective reality.

I reported to the Pentagon in August 2012. As I made my way around the building, I realized nearly every general officer front office had a television on monitoring the news according to FOX, CNN or another 24-hour news network. I couldn’t understand how the front office personnel could work with the TV perpetually blaring. I had a TV in my office and used it just three times in those four years: the morning Army Operations Center update, the 2014 World Cup Round of 16 U.S. versus Belgium, and days one and two of the Masters golf tournament after 5 p.m. The Pentagon Athletic Club had a huge bank of TVs. When I had cardio workouts on inclement days, I would find something on TV to keep my mind duly occupied.

By 2015, though, the era of the politicization of everything was emerging. Every event, every product, and every story became an opportunity to steer and evaluate the electorates’ position on a topic as the country moved toward an election.[i] Tired of the perpetual grandstanding in the U.S. media, I turned to alternatives like BBC America and even Al Jazeera America which I hadn’t trusted a decade earlier. Over the next few months, a similar trend emerged as more Pentagon TVs switched from U.S. media networks. When I asked why the front offices had switched channels, the reception personnel often remarked that they were tired of listening to the screeds, the blames, and the accusations.

Amidst the emerging U.S. political sparring, the Russians continued to push the bounds of information warfare as they challenged the Ukraine and Crimea with cyber-attacks, overtly one-sided propaganda, and even deliberate disinformation. My boss asked me what I thought of the Russian parlays. I replied, “I can’t say I knew that was coming, but I can say it was well-played and -timed. Professionally, I’m almost jealous of what they are doing.” As an information professional, one likes to ply the trade, although preferably on one’s adversary and not one of the U.S. democratic partners.

I left the Army in July 2016 just before that year’s presidential election surprised more than a few Americans and most of the media. Fake news became the common sound bite. Breaking news had an outlandish claim of political shenanigans only to be followed by another contradicting perspective that reeked of false alarms. I pondered reality.

By December 2019, I admitted to myself that even though I was trained in the art of influence I had no idea what the truth was nor how to find it.

By early 2020, I realized my thoughts and ideas were emotionally calcifying amidst the perpetual political rancor. After a classmate challenged one of my posts, I thought, “Did I really just say that?”

In March, I met a professional colleague, Josh, who reads up to a half-dozen different news sources per day and watches ZERO video or TV sources. This is an astute realization as video offers too many opportunities to skew the story with voice-overs, music, and editing. Similarly, I had reduced my TV news consumption to PBS News Hour, Frontline, and Lara Logan Has No Agenda.

Any media outlet has a bias. After all, it needs to sell its product and target an audience. Although I’m not so naïve to expect vanilla news, I have to be able to stomach the political bias and the professional presentation. To me, PBS and Lara Logan maintain the necessary journalism standards that make their products consumable. Lara Logan, for instance, strives to expose the truth in its entirety as opposed to the part of the truth that assists a specific cause.

COVID hit, and I went into a low information hover sticking to my state government web site for accurate and germane information. The volumes of analysis and slew of opinions aren’t helpful toward understanding the virus and its dangers.

George Floyd was murdered. I became apoplectic over irresponsible reactions from many directions. Then, I became irate with myself for allowing myself to lose my composure. As the election approached, I realized again I had no idea what the truth was nor who was the primary antagonist. I was compelled to take action, so I:

• Made a decision on how to vote.

• Unfollowed or unfriended the political addicts on social media who only interact when they want to share their political opinions.

• Reduced professional subscriptions to those that I actually use.

• Stopped monitoring any 24-hour news outlet like FOX News, CNN, and MSNBC; they are politically compromised.

In other words, I executed the least preferred method in a cybersecurity breach – I pulled the plug. I didn’t do all these at once. They occurred over a month or two. No doubt, though, I applied a zero-trust model in pulling the information plug on U.S. current events. Afterward, I realized three things:

1. My mind was free of the daily information blow-by-blow of U.S. politics and the election, so I could focus on family and business better.

2. I should have been more deliberate and followed a security model to drive my actions and decisions.

3. I have to regain and retain my Cognitive Security for understanding U.S. current events and solutions to crises.

Now that the election is over and the lawsuits unfold, I have the opportunity to consider which model to apply to regain and retain my Cognitive Security. I hope I choose the best one.

[i] For more perspective on binary absolutism, please see my previous blog: https://cybercic.com/cog-sec/the-information-age-isnt-supposed-to-be-binary/

I have to acknowledge this prescient opinion published in August 2019 and that I read circa May 2020. While I had similar thoughts about the politicization of everything and binary as far back as 2015, I do think Bridget Phetasy’s characterization influenced the way I articulated my perspectives.