Help! I’ve lost my Cognitive Security, and I can’t get up! Part 5: Media Literacy 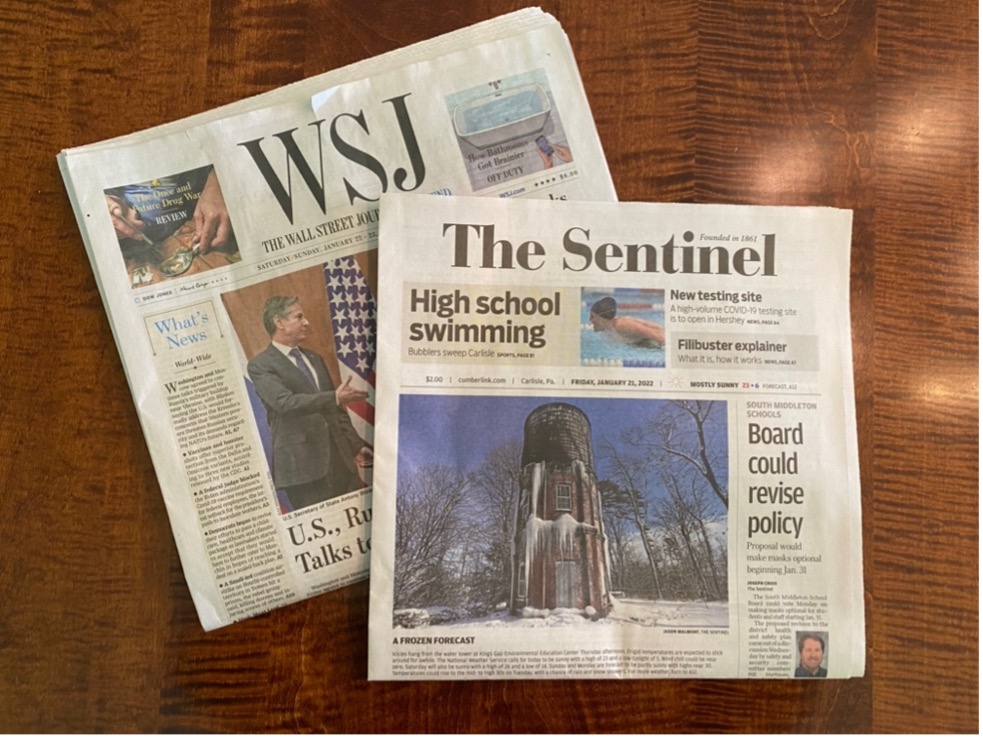 Help! I’ve lost my Cognitive Security, and I can’t get up! Part 5: Media Literacy – The Thrilling Conclusion

This is the last installment of the series “Help! I’ve lost my Cognitive Security, and I can’t get up!” In October 2020, I wrote a couple of lighthearted blogs about cognitive security – using decision-making tools like a whiteboard and recognizing the flawed logic of binary arguments.  By December 2020, I started this series writing about how I had pulled the plug on the news and social media because I was being had. I admit it has taken too long, so here is the conclusion with what I’ve done and recommend news consumers do to stay informed and minimize the baloney.

My father’s right-hand forefinger glided across the top of the newspaper sitting on the front bench seat of a 1978 Ford Maverick while his left hand gripped a Styrofoam cup full of coffee.

“This is the headline. Follow it across the top to the upper right and you’ll find the story below it on the right where the headline ends.”

I munched on a chocolate crumb donut while we parked in the White Castle lot near Five Points. I was still half a dozen or more years from learning the epicurean delights that are White Castle burgers complementing two, okay maybe a few, malted barley beverages. This Sunday morning, I was enjoying the post Sunday Star-Ledger delivery ritual my father and I had developed.

“Now,” he continued, “follow my finger. The top headline is the lead, and the stories flow in importance to the left and down.” He turned the front page. “Page 2 is usually the weather and corrections. Page 3 has the next most important stories and so on including the continuation of the front-page stories.”

My dad was a high school dropout who earned his GED in the Marines. He worked a variety of odd jobs until settling in as a professional driver and then dispatcher for executive services. He took pity on his second-born son who was too stubborn to buy and mount a newspaper basket on his bicycle and thus struggled to shuttle 25 to 30 Sunday newspapers stuffed with advertisements, Parade magazine, classified sales and seemingly everybody’s opinion in a timely manner.

So, my dad decided to help me deliver the Sunday paper, then taught me how to read a newspaper. I attended New Jersey public school and received a sound education that adequately would prepare me for entry into the United States Military Academy, but I don’t recall if either taught me how to read a newspaper. If either had, it is quite understandable if the memory of eating donuts with my dad overwrote it.

About a decade later during a visit home, I noticed that the Star-Ledger was starting to print Ed Farmer, an opinionist, on the front page. That’s not what my dad had taught me. The unraveling of journalistic standards had started.

Nowadays, newspapers are a dying breed, and any such structure of where and how to post the lead stories on websites is mostly absent. I think The Wall Street Journal online manages some semblance of top stories and clearly separates the opinion section. Fuggedabout the national TV stations and their websites. Political fodder or, as previously noted, partisan gasbaggery, reigns supreme.

Likewise, journalistic standards have dipped. Yellow journalism has reestablished itself as the norm. The eras of the politicization and reimagination of everything washed away the lessons that the Greatest Generation learned of how government-biased media can taint a populace and lead to gross mistakes.

So, what to do when consuming the news?

Recommendation #1: Read more – watch less. The reader controls more of the story than the viewer. Think about it.

When was the last time you saw a movie that was better than the book you read? Even a movie in which the director could follow the book verbatim fails to live up to the book. The movies Gettysburg, based on The Killer Angels, and It, based on Stephen King’s book of the same name, don’t compare to their original prints. The reason is that each individual interprets the written word very differently and so has more say in the interpretation.

Although people also interpret video events very differently, the TV viewer surrenders so much more to the presenter. The video news controls the voice, the music, the video, etc. I grew up to the dramatic ticker tape-like music of NBC news. “Tonight! Showdown in the Senate! Possible American war crimes in Vietnam! And a lost dog finds his way home three thousand miles across America!” I’d watch all the other meaningless mumbo jumbo just so that I could see what happened to the pooch.

Recommendation #2: If you are going to watch the news, watch the local news. TV news has two minutes and twenty seconds to cover the main story and to appeal to as many viewers as possible. Local news doesn’t have the leeway in terms of time and audience to pick the way the national story does. It has a local audience that isn’t very big, so it cannot pick sides. Plus, it doesn’t have to set up the prime-time talking head whose sole purpose is to anger the base into action or the adversary into a tizzy.

Recall Don Henley’s hit single Dirty Laundry? “The bubble-headed bleach blonde comes on at 5. She can tell you about the plane crash with a gleam in her eye.” American TV networks lure you in with eye candy. If local TV news isn’t broad enough, try BBC.

If quality video journalism is a must, consider Frontline and The Wall Street Journal documentaries. They provide multiple perspectives and often allow the interviewee to speak unedited and unfiltered without any smarmy comments inserted to sway the viewer.

Recommendation #3: If you read Internet news, do your best to avoid the 24-hour news stations like CNN, MSNBC and Fox News. Those sites, in my opinion, are 24/7 partisan garbage. Find a way to balance your choices.

Perhaps you’ve seen this chart or one like it?

As the saying goes, all models are flawed – some are useful. Certainly, one can argue of where the political center exists in the model. Wherever it is, though, the media outlets are reasonably distributed. Again, nothing is perfect. Reason magazine is depicted on the right, or conservative side, but it depends on whether the topic is related to government involvement, markets, rights, or something else. Reason can plot equally on the other side. Anyway, you get the drift.

Choose from the upper two boxes and from both sides if you want to appreciate more than your own bias. If you don’t like this model, try one from AllSides.com.

With the Internet, calling everything a national outlet is tempting. Realistically, though, News 12 New Jersey is about New Jersey for New Jerseyans and a great place for Taylor Ham eaters to consume reliable news. Find a local news outlet or two to know what is going on in your neighborhood.

Look closely again at the first chart’s upper green box. To either side of the curve, one can read “Local Newspaper in Liberal/Conservative City.” Sure, the editorial section may be biased, but local newspapers, like local TV, must appeal to a broad audience to sell enough papers to stay profitable

Recommendation #5: For professional perspectives, try reading books and articles and listening to podcasts. I never ceased consuming professional materials. I did unplug from TV business news because CNBC, Bloomberg, and Fox Business talking heads couldn’t resist injecting their party biases. In my experience, however, the cyber and cognitive security podcasts I enjoy mostly avoided overt politics other than to discuss how a policy might be good or bad for the industry. At least the podcasts I listen to covered both sides of the policy and legal implications.

Well, I hope this helps you appreciate the challenges of overcoming bias to consume the news/information and to protect your cognitive security. I started this series a while ago with the vignette of my pulling the plug on the news, and I end it with my not plugging back in but reading and listening my way back into the information cycle. Be select about your video media. With artificial intelligence and the like, video manipulation only will become easier.

Time for this Pennsylvanian, née New Jerseyan, to enjoy a weekend crossword puzzle with a cappuccino and Taylor Ham and fried egg sandwich.